skip to main | skip to sidebar

So Many Hate October 31st. Not Me!

We only saw a few Trick-or-Treaters at our door tonight. Cute kids! How many did you see?
I'm pretty tried right now after a long day, but Liney and I both still like meetin' new people at our door. How often do so many neighbors come around to talk.
You probably know already that I'm not so much into October 31st otherwise ..for some reasons (i.e., dead monster faces, witches, masks etc.), but hey, for other reasons we do have grounds to celebrate.
Again, we enjoy gettin' into extended chats with those around us. Face it, October 31st can be a great night for being or giving out a clear witness of your simple faith relationship. They don't come to our door to get beat up with the Bible at all (goes without saying..), but it can be a non-condemning friendship-building time. We believers have what they need most and I want to ..in some appropriate way.. make our visitors feel welcome and thirsty for Jesus Christ. You do too huh.
Did you know that Halloween means "All Saints Day" (originally it meant "All Hallow Even"). It's of course the evening before All Saint's Day, November 1st.
Did you know that in Saxony, Germany on October 31st during the year of 1517.. that was when Dr. Martin Luther knocked a hole in his Latin-written 95 theses as he hung it on the main door at the Castle Church in Wittenberg? We can all celebrate that right? Yes hooray, the common folk would get the Word of God!
Monk Martin was only 33 years old at the time. He was studying Psalms, Hebrews and Romans back then. The poor people didn't yet have the Bible in their own language. He wanted to give them a great gift! You remember how only the clergy back then knew the mysterious Scriptural language. But thanks to the Holy Spirit and also to the Guttenberg Press, Martin's important Message of free grace apart from works spread far, fast, and wide. We all in the Body of Christ are called to spread the Gospel in a way that people can understand!
Since then, October 31st has come to be known as "Reformation Sunday"—the Birthday of the Protestant Reformation! How cool is that!!! We can indeed fully celebrate this day every year and also the courageous stand that this hated monk named, Martin, took for us. Reminds me of the uncompromising stance that Jesus Christ took for us.. unto death.. but now He lives again!
The wicked popes ruled on earth ahead of all the other leaders. Leaders and common folk greatly feared them. Who wanted to go to Hell? And Luther was fed up with the growing "Church" corruption that he saw firsthand in Rome. Have you seen any outside of Rome? He hated seeing God's forgiveness of sins and His free salvation sold by Rome's clergy (remember, Herr Johan Tetzel who wrongly sold indulgences "in the Name of Jesus" right there in Martin's area, die Anlaß Briefe). Never forget that God has always intended His great Salvation to be without cost for any who would repent and believe in Jesus. Rightly so did Luther feel angry inside at all the religious evil. He wasn't ticked off at the people. Because of the cross God wasn't either..still isn't mad at you or me. Martin with his inner convictions of the Spirit simply wanted to do something to help people understand and God was backin' him to the hilt!
"Here I stand; I can do no other. God help me. Amen!" ~Martin Luther
Perhaps you've read this statement of Luther from the Diet of Worms before. This was two-and-a-half-years later (April 17-18, 1521) after going public with his theses on the door. Those words were spoken at one of the famous Diets for which he would defend his conviction's before many key church and state leaders. Must of been a bit nervous. Yup, a major public hearing. Would he survive it?
"When I am angry I can pray well and preach well." ~Martin Luther
"Be angry, and do not sin": do not let the sun go down on your wrath." ~Eph. 4:26
Brave is an understatement I feel. He was bold in the Holy Spirit! But if Luther didn't repent and recant before these folk, he would soon be excommunicated and then they would plan to execute this AWOL wild "bore in God's vinyard." What happened? Well, Luther remained true to his firstlove. and later he burned the Papal Bull letter out in the open meant to kick him out for good. He loved Jesus, not loving his own life. Would you do that? Do you know Christ like He did? At the Wartburg Castle Martin felt motivated to press on and to translate the entire Bible for the people he loved. God helped him make it happen. Today, I feel so grateful everytime I merely pick up my Luther Bibel.


And I remember clearly when I was there in that same room where Martin worked at a small desk. Apparenty the devil appeared to him not just a little mad at him and the process. But Mr Lu-Cifer did not scare anyone there. And greater is He that is in you than he that is in the world, believer! I was just trying to imagine there what all that alone-time must have been like for Luther. How much support did he really have there? Must have been enough. He wasn't perfect, but man, I feel so So SO amped for October 31st in 1517! This is a great day every year to overcome evil with good.. with the unchanging truth of Scripture!
You've really got to visit: Kurt W. von Schleicher at 10:30 PM View Comments

Just got an "Ultimate Breakfast Sandwich" this morning at Jack in the Box on a freeway some five miles away.

Jack wasn't in, but Erika and her friends were there and they helped me. Wonderful people that Jack hired at store number 409!

Besides a little smeared make up on their faces, you really couldn't even tell that they had been up all night but they were telling me all about it.

It was interesting to hear them carefully relate to me about how wild things can get on Fridays when late night partiers converge on em when they get "the munchies." One drunken man passed out right at the speaker box.

Another one (at an earlier date), pulled up very late, spoke to the person behind the box ..ordering grub outta breath (unwittingly "the last supper"..no joke). He pulled up and then literally got shot in line in his cabasa right there at the pick up window.. "a criminal" Erika explained! She told me that his last words were. "I'll take one chicken sandwich and two tacos."

Erika didn't know all the details of why, but can you imagine? How tragic and how traumatic for Erika and the team! I've unfortunately seen similar gruesome things happen while working in Dallas before. One time I unfortunately saw a man in a grey business suit n tie leap to his death from the 10th floor downtown.. only twenty feet away from me. He was a jewelry salesman who was drinking and had misplaced his product, but it turns out he left the jewels in his car and had miss-parked it a little farther away. Perhaps you have too. These are indeed perilous times though that might sound kinda corny.

At 6:32 am that sandwich sure tasted good and I got to witness a bit to Erika which was even better!

The Apostle Paul admonished us with these words, "See then that you walk circumspectly, not as fools but as wise, redeeming the time, because the days are evil. Therefore do not be unwise, but understand what the will of the Lord is. And do not be drunk with wine, in which is dissipation; but be filled with the Spirit" (Eph. 5:15-16).

Our duty is to witness of Christ in love where He leads each of us. He is the one who saves people, "But the salvation of the righteous is from the Lord; He is their strength in the time of trouble" (Ps. 37:39).

The moral of these stories? I would say that life is dangerous and short. Please avoid doing crimes or sin, be careful workin' deep night at Jack in the Box and tell your friends that do ..about the Gospel of Jesus while you still can.

You've really got to visit: Kurt W. von Schleicher at 10:30 AM View Comments

Would You Like To Join An Ongoing Christian Group Chat?

CHAT:
The word orignated in Sydney years ago around the North Shore and it certainly has spread throughout all Australia by now. There is a suburb named Chatswood in Sydney, the word was first used by a small group of individuals from the North Shore who had a disliking for a group of individuals from Chatswood. So if you were trying to offend your Shorey mate, you would call him Chat, or if you saw something lame, uber-ugly etc, you would call it chat. But we here in Dallas just use the term to say were gunna have a helpful talk that's real causal (and most of the time online).

In facebook I started a "Group Chat"for world Christians (..naww, don't mean worldly saints or at least those who wanna stay worldly and wayward), but if you want to share what's on your heart in regard to this topic of world changing and all that's involved in preparing for that.. then come check it out, believer. Perhaps you'd simply like to join to enter and listen in some, or to share your personal story (testimony), or even to invite another believer who might be struggling in their walk. Anyways, here’s the link to pass on to those in your church, youth group, or at work: http://is.gd/fPIEl

So how does it work? Share your heart in an honest and good way. Do you have more questions? Well, here’s a simple video from the facebook office to splain how the feature works ..or feel free to just contact me via the comment part at the bottom of this entry. ~kurt at Fish4Souls.org

Challenge Of The Day: What’s yer favorite evangelism or missions verse, or question, or witnessing kinda quote, or fishin' idea, or make-a-dif-song? Whatz ur plan to put it into action? This'll edify people!

I like how the Apostle Paul spoke of the blood. Do you have a whole bunch of wrong-doin's in your history that need to be dealt with? Christ's blood can cleanse anyone even today! The cross at calvary wasn't for nothin'! - it's to keep you away from the wrath of God for real. Paul said, "Much more then, having now been justified by His blood, we shall be saved from wrath through Him" (Rom. 5:9). I feel so SO grateful for Jesus and what he did on the cross for me!


OK now, here is my quote for you... '"Out, damned spot!' That is the true cry of human nature. That stain cannot be removed without blood, and that which is infinitely more, and deeper, and profounder, and more terrible than blood, of which blood is but the symbol - the suffering of Deity." ~G. Campbell Morgan

Travel On Purpose, The Top Not Just Any.

Promote Your Page Too

Want to get an email when Kurt writes something new?

What shall we then say to these things? If God be for us, who can be against us? Romans 8:31 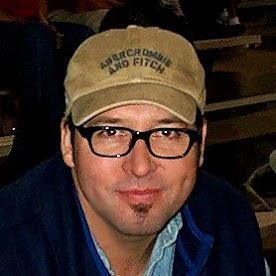